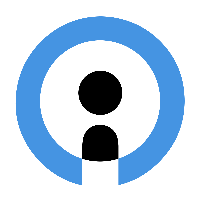 This page provides a detailed description of the payment plug-in structure, the basic steps in creating a VoipNow Automation Payment Plug-in, explaining the logical and physical structure of a plug-in and the way it interacts with the system.

A VoipNow Plug-in consists of three parts that you can find fully described below.

It is a configuration file with which the VoipNow Automation interface generates a setup page for the plug-in. It consists of the setup/setup.xml file and the language pack files from the /language folder;

This part of the plug-in is present in the VoipNow Automation store and generates the payment inputs, based on the requirements.xml file content (which is saved in the database and can be modified) and on the language pack files from the /language folder.

These methods form a class that enhances the communication between VoipNow Automation and the gateway that needs to be implemented. It will be located in the index.php file.

A plug-in is composed of one or more files and folders and it is uploaded as an archive in the VoipNow web management interface.

The folder structure of a VoipNow Plug-in consists of the following:

Please find below the structure of the file.

The user's language support can be achieved from plug-ins as follows: STEP 1: Create a folder named /language in the plug-in root. STEP 2: Create one file for each language defined in VoipNow and place it inside the /language folder.

It is recommended that the file bears the language code. (e.g. en.php)

STEP 3: Define an array with the language pack messages inside each language file. The structure of the array is: key => value.

Keeping the array name is mandatory in order to make it functional.

STEP 4: Use the OnlinePaymentInterface::translate method described in the Plug-in Methods section to display a message in the current user language.

This file contains the plug-in license information. If you want to distribute the plug-in under the General Public License (GPL) agreement, include the following paragraph:

Each plug-in must contain a meta file with standard recognition plug-in information. 4PSA VoipNow does not allow uploading and running plug-ins without the following set of informations: