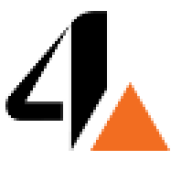 This article describes how to configure two 4PSA DNS Manager servers in a master-slave setup that provides DNS services redundancy.

The present setup describes a one way replication. The clients are allowed to log in and make changes solely on the primary 4PSA DNS Manager server, while the secondary server only replicates these changes automatically. In case of a failure on the primary server, the clients will not be able to log in or make any changes to their zones until the primary server is restored. It is also possible to have multiple slave servers that synchronize from the master.

Before starting the replication, check if the following requirements are met:

After assuring that all the requirements are met, you can start to configure both the primary and secondary servers.

STEP 2: Go to the following directory:

STEP 3: In this directory you will find a shell script called dnsmanager_export.sh that exports all the zones from a 4PSA DNS Manager server to a text file that can be later imported by another server.

You need to modify the script so that it converts all the exported zones to slave zones and it saves the output file in a directory where it can be accessed by the secondary server using an URL.

STEP 4: Edit the script and set the following variables:

This variable defines the path of the file containing the zones. You must set it to /usr/local/dnsmanager/admin/htdocs/zones_dump.txt by running:

This variable defines the temporary directory for the dump file:

This variable sets the type of the zones that will be dumped (master/slave/both). You must set it to both by running:

This variable converts the master zones to slave zones. You must set it to yes using the following command:

STEP 5: Set up a cron job running the script to export the zones at regular time intervals to the location of your choice. The secondary server will be able to access the exported file at the following URL:

where master_server_ip is the IP address of the primary 4PSA DNS Manager server.

Example of a crontab line used to export the records every 10 minutes:

STEP 1: Go to the Clients Management page and click the name link of the previously defined Secondary client account.

STEP 2: Next, click the Remote Updates icon available in the Tools section.

STEP 3: Here you have to set up the connection as follows:

For the other available options, check the 4PSA DNS Manager help.

STEP 4: Go to the Clients Management and click on the Secondary client account, next go to Client Settings and check that the client has permissions to Manage zones and records. The client should have permission to manage all types of zones, otherwise it won't be able to import them.

The zone updates from the primary server will be handled by the updateurld that runs by default on every 4PSA DNS Manager installation.

Make sure that the client you added the Remote update location for has full permissions over zones management and the limits imposed on his account are not restrictive (for example, if you have 200 zones in the remote update location and the client zones limit is 100, only one hundred zones will be imported, which is less than desired).