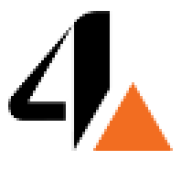 How To Offer SIP Trunking Services With VoipNow

This article describes how the SIP trunking feature can be used to connect a PBX to an extension in VoipNow and how the concurrent call limits set up within the interface will be reflected in your VoipNow licensing.

Enable an extension for SIP trunking

When enabled at extension level, this VoipNow feature allows you to connect a PBX to a phone terminal extension (when a DID assigned to that extension is called, it is passed further to the PBX in the SIP:To header) and thus provide SIP trunking services to your customers.

To enable an extension for SIP Trunking, please go to the extension's Provisioning and SIP preferences. Under SIP Preferences, you will find a field called A". Select the Enable for SIP trunking service option available. Then go to the Phone does not register, is located on IP field and enter the IP address of the PBX that will be connecting to the VoipNow server.

Set the limit of concurrent calls

You can set a number of Maximum public concurrent calls on each of the following tenancy levels: User, Organization, Service Provider.

The overselling feature available in VoipNow allows you to set a higher limit on a lower tenancy level (e.g. user) and at the same time it makes sure that only a certain number of concurrent can take place for a given organization, service provider, or server-wide.

In the example above, the service provider will be invoiced for 200 SIP trunking channels, as this is the limit on the highest tenancy level (namely the Service Provider level).