What does maximum storage mean

Until VoipNow 5.X.X, each resource (voicemail, call recording, sound, music on hold and received faxes) had a dedicated disk space, which could be limited separately. Starting with VoipNow 5.X.X, the maximum disk space limits for all these resources have been merged into a single option called Maximum storage. This article explains this new setting.

What is maximum storage

Just like before, the new Maximum storage option is available for Service Providers, Organizations and Users. In the interface, you'll find it in the Roles and Phone Numbers page, under Limits. 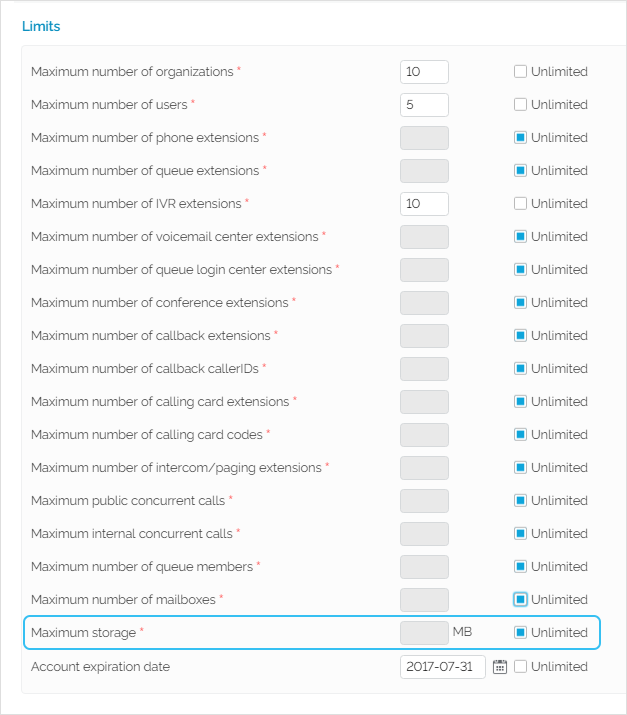 From the user's perspective, the disk quota functionality remains unchanged.

For example, if an Organization is allocated 100 MB storage, then all its User accounts will be allocated a maximum of 100 MB disk space.

For example, if a User limited to 80 MB storage has used the whole 80 MB disk space, he/she won't be able to use any more disk space. However, the other users under the same Organization will continue to operate normally.

Also, if the sum of the disk space allocations used by the Users has reached 100 MB (let's say there are 4 users and they are allowed to use 25 MB each), the Organization won't be able to use any more disk space.